How can you check the oil, coolant, transmission fluid, and accessory belts or refill windshield wiper fluid if you don’t know how to get the hood of your vehicle open? You can’t! (But we can!) Opening the hood of your car is simple and uncomplicated — if you know how to do it. And, although the location of the hood release may differ from one vehicle to the next, they all essentially work in the same way. 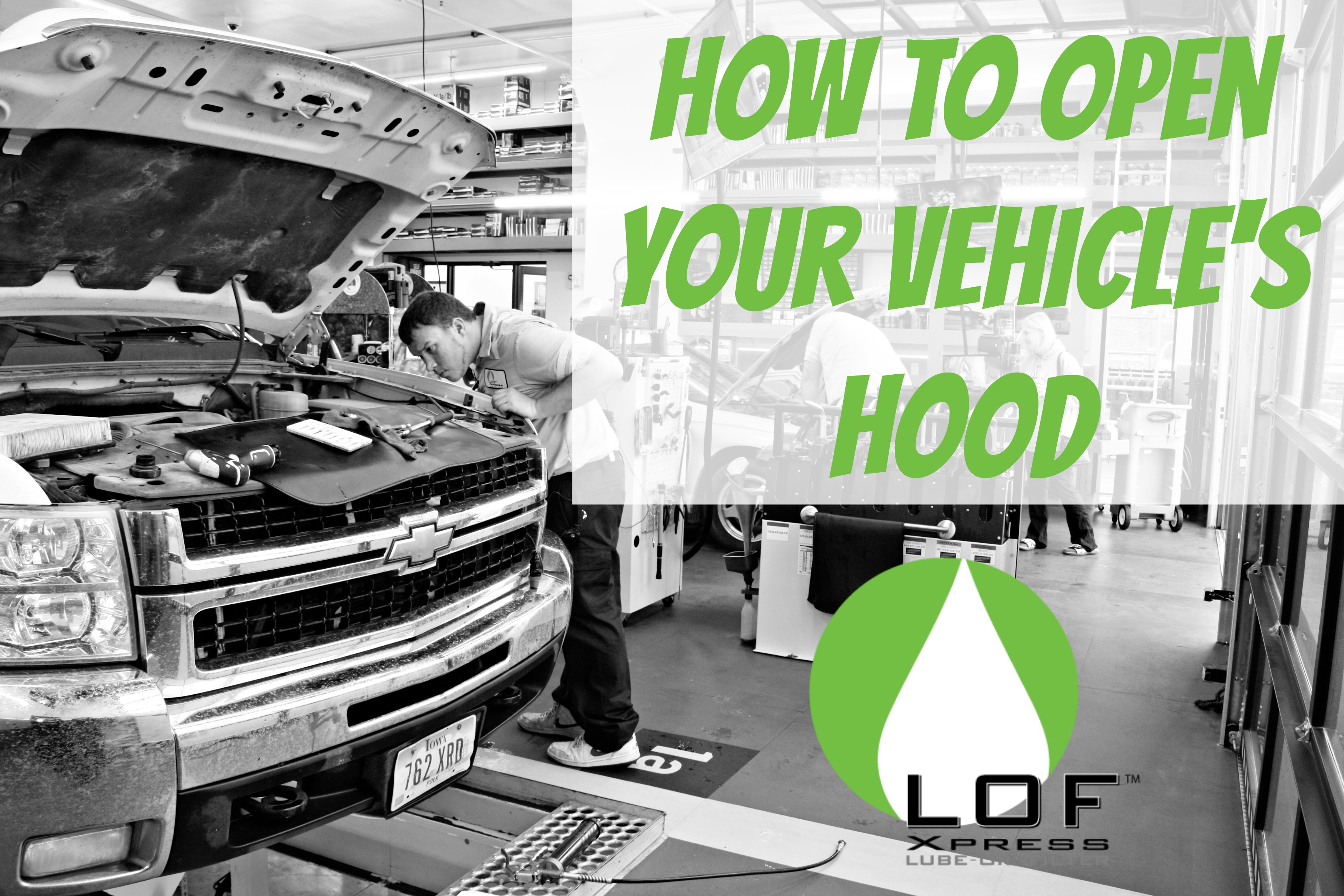 Here’s your LOF-Xpress™ approved step by step guide on how to open an automotive hood release.

Step 1 – Locate the hood release, which is usually located near the driver side kick panel. If it isn’t there, we suggest checking just under the dash on the left side, as well.

Step 2 – Hold the release and firmly pull outward to activate the hood latch. A release cable is used to connect the lever to the actual latch release mechanism.

Step 3 – After pulling the release, the hood will pop open enough for a noticeable gap between the fender and the hood line to be visible.

Step 4 – Once the hood is popped, locate the secondary release and active it.

Step 5 – Gently press down on the hood while activating the latch to facilitate this action.

Step 6 – After the secondary release has been activated, release the pressure to gently raise the hood up.

Step 7 – The hood can now be fully opened, which may be held open with the assistance of a hood shock. This is normally connected at the base of the hood near the hinge. Some vehicles offer hood support via a prop rod which needs to be put into place by hand.

Step 8 – Once repairs or inspections have been completed and it is time to close the hood, gently pull the hood downward and firmly close into place. To ensure a proper latch, attempt to pull up on the hood once closed.

TIP: If after reading our LOF-Xpress™ approved steps to opening the hood of your vehicle AND checking your owner’s manual, you are still unable to open your hood, head for one of our two conveniently located shops! Our professionally trained technicians are always ready and willing to help!